Massachusetts Community Solar: A Guide to Shared Solar in the State

Now more than ever, residents of Massachusetts and countless states across America are adopting alternative ways to power their lives. With community solar, Massachusetts investors, residents and landowners can all benefit from the development of large solar arrays.

Before we dive deep into everything you need to know about community solar in the Bay State, let’s first start by defining exactly what we are talking about. Community solar is essentially any solar power installation that accepts capital from and provides output credit and tax benefits to individual investors.

Community solar is a relatively new concept and has many aliases. Depending on their location and precise function, community solar projects can also be called:

For more information, feel free to read this guide on community solar to explore how it works, who it works for, as well as the pros and cons of adopting shared solar. However, information about solar is often very specific to your location. Policies, resources, prices, sunlight conditions, and community solar options are extremely different throughout the 50 states, and around the world.

How Does Community Solar Work in Massachusetts?

In Massachusetts, community solar can be adopted by nearly everyone that pays an electric bill in the state. Several legislative initiatives, private business, and sustainability efforts have made it possible for community solar to be easy to adopt state-wide.

As a Massachusetts resident, electricity users have the option to either “purchase” or lease community solar from a large number of providers. Massachusetts policies and sunlight have attracted both local and national developers to build countless solar arrays in hopes of local green energy adoption. Below, you will see an image of a solar panel farm generating renewable energy in Maynard, MA. 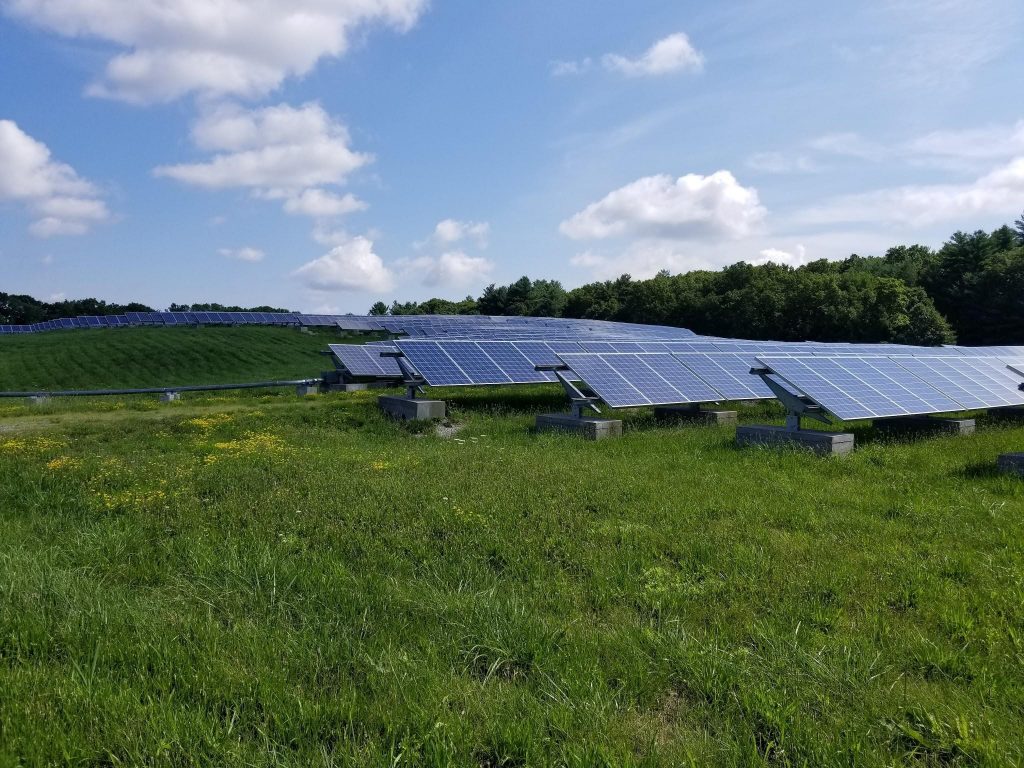 Renting vs Owning in Community Solar

In a lease, community solar providers “rent” out their electricity to you, just as utility companies have been doing for years and years. The difference here is that you know that electricity from a community solar farm was provided without carbon emissions from traditional, utility energy. While some communities pay a premium for this privilege, some Massachusetts providers are even able to provide electricity at rates below normal market price.

On the other hand, private development makes it possible to actually “purchase” a part of a community solar farm, even if you never actually go to visit the site where the panels are located. Like in a lease agreement, community solar providers are able to virtually substitute their energy with your current electricity, which makes it possible to “go green” without modifying your home or property whatsoever.

In the long run, purchasing a piece of a community solar garden will almost always save you more on the cost of electricity than a solar lease or the use of traditional utility energy. However, short-term leases can also be a great way to buy specific amounts of green energy to reach environmental goals without being tied down to a large asset.

Over the past 20 years, the Bay State has made tremendous environmental strides by adopting green energy programs and supporting local solar initiatives. While any local incentives and rebates have helped property owners adopt solar panels at home or on their business, Massachusetts also has a few specific programs that have aided the rapid advancement of community solar within the state. 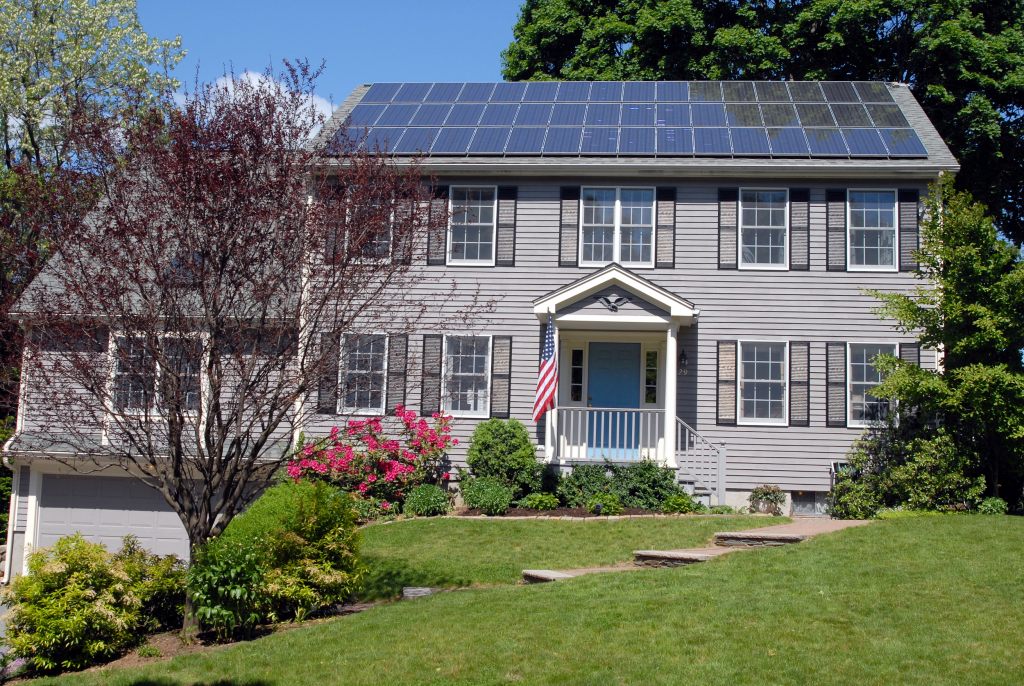 In 2008, the Green Communities Act enabled virtual net metering in Massachusetts, which allowed state residents to generate (or simply purchase), their own electricity offsite and transfer the energy to any other user within the grid. With this, developers and investors quickly began building large solar arrays across the state. Massachusetts is one of the few states in America to enact universal virtual net metering as a state-wide policy.

Obviously, limits were placed on the amount of SRECs you can generate and sell. The program officially ended after 8 years in late 2018.

In November of 2018, Massachusetts replaced the SREC II Carve-Out program with the new and exciting Solar Massachusetts Renewable Target PRogram (SMART). The SMART program is designed to support 1,600 MW of solar energy development in a long-term sustainable effort sponsored by Eversource, National Grid and Unitil.  In place of SRECs, the SMART program now offers Solar Tariff Generation Units (STGUs), which will essentially serve the same purpose.

In terms of adopting community solar and an individual level, Massachusetts has some of the most ideal conditions for both home and business owners. Massachusetts is a state with historically high electricity rates and a surprisingly good amount of sunlight throughout the year.

While many property owners are building their own miniature power plant on roofs and in fields, community solar is a viable option for renters, low-income residents, and others who simply cannot or do not want to host solar panels on their own property. Dollar for dollar, Massachusetts residents rank among the top consumers to benefit from solar adoption nationwide.

At the end of 2020, Massachusetts has over 70 MW of community solar power installed throughout the state.

Finally, we would like to close out this guide with answers to some of the most asked questions regarding community solar in the state of Massachusetts. To explore your options right away, feel free to contact Choose Solar for local rates and advice.

What is the largest privately owned community solar farm in Massachusetts?

Unlike a lot of the state’s past projects, the Happy Hollow Community Solar and Storage Farm also includes 3.3-MW of electricity storage. The project was developed by Borrego Solar and CleanChoice Energy.

What city has the most solar in Massachusetts?

In terms of solar farms on government buildings and property, the town of Harvard, Massachusetts has the most solar installed in the state. Of course, this is just the beginning, as the city has active plans to reach nearly 100 individual arrays in the coming years.

In the image below, you can see a large solar array that is a part of Harvard University’s “greenest roof on campus.” 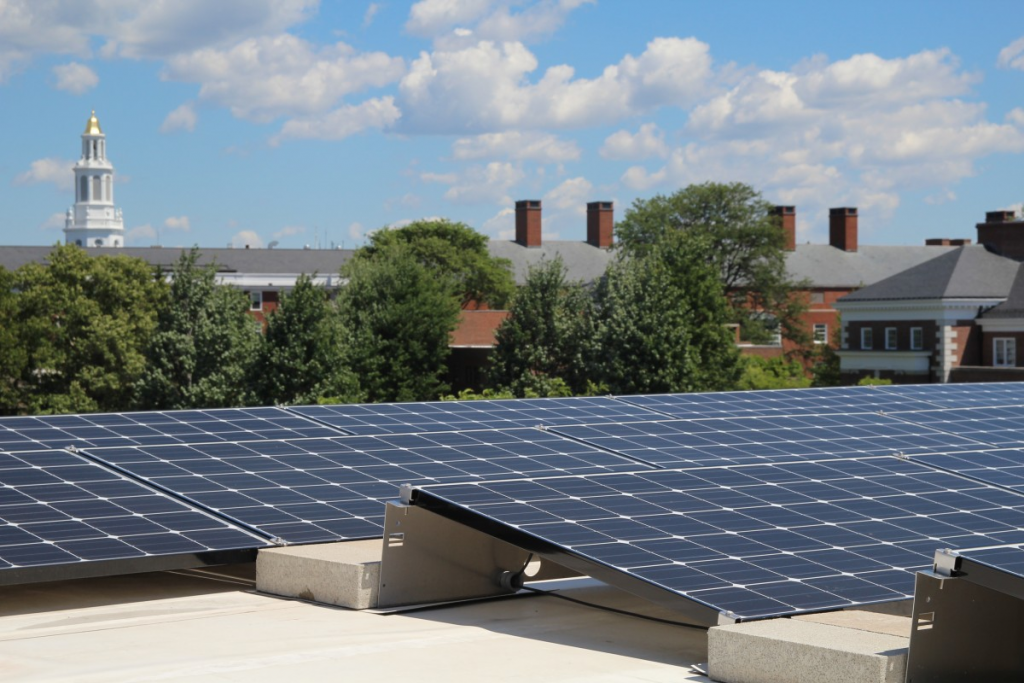 Is community solar worth it in Massachusetts?

In short, yes, community solar is almost always worth it for home and business owners looking to save on electricity costs in Massachusetts. Whereas there are many obvious, environmental benefits for adopting clean energy, the availability of both sunlight, resources, and local projects make community solar rates generally lower in MA than those in most states across the country. 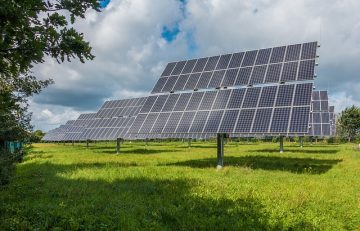 Community Solar The expansion of Massachusetts community solar could see trouble with the implementation of new land-use restrictions. In response…
Read More 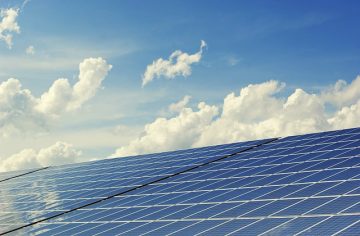 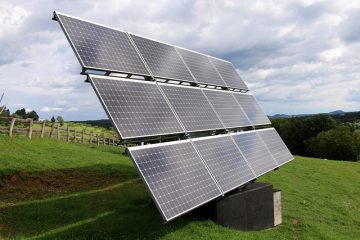 Community Solar In an effort to reduce its overall carbon footprint, Boston Scientific Corporation has signed a new agreement that…
Read More