Illinois Community Solar: A Guide to Shared Solar in the State

Illinois is known for a lot of things: the great city of Chicago, Abraham Lincoln’s time as a senator, and acres and acres of ample farmland. What a lot of people don’t know about Illinois, is that it is quickly becoming one of the hotspots for solar energy adoption in the United States.

Although solar panels are growing in popularity in homes and businesses within the Land of Lincoln, we have put together this guide to give a broader understanding of the way community solar works within the state. With opportunities for everyone to benefit from clean, renewable energy, community solar is one of the most exciting revolutions in the traditional infrastructure of Illinois’ electrical energy.

Before we get started with the state-specific information, first we feel that it is important to define exactly what it is we are talking about here. Community solar is a relatively new way of powering today’s world and is still only available in a handful of states nationwide.

Community solar can refer to any shared source of PV electricity generation that can be utilized by customers remotely. By signing up for a community solar program, homeowners, business owners, and renters can adopt clean energy in their lives without having to install solar panels on the property or really changing any of their electricity habits.

Community solar can be called many different names including:

While most community solar programs are designed to save electricity consumers money, this is not always the case. For more information, feel free to read this guide on community solar

How Does Community Solar Work in Illinois?

In Illinois, it is possible to both create or enroll in a community solar program in most parts of the state. Interested developers and landowners are subject to their county’s specific laws regarding solar gardens and obtaining special use permits. State-wide, individual community solar projects are limited to 2 MW of capacity, which makes up roughly 10-12 acres of land or roof space. 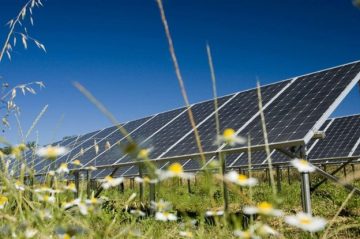 If you are an Illinois resident looking to become a community solar subscriber, then you must get in contact with the specific individual or entity that controls potential farms.

There are many community solar projects that are currently accepting applicants in IL, as well as opportunities for low-income individuals to qualify for assisted community solar benefits. We will go into more detail on both of these later in this article.

Renting vs Owning in Community Solar in Illinois

Now before you sign the first opportunity you have to save the planet, what is critical to understand is that every community solar contract in Illinois is different. While some community solar programs offer monthly rates for “leased” solar electricity, other companies may offer you the ability to purchase a portion of the garden as your dedicated solar production.

Here, both renting and owning community solar is extremely easy to adopt. There are very few barriers to entry aside from geographic location, utility, and credit. Overall, like in any investment, being able to purchase a piece of an Illinois community solar project is likely to result in the highest return on investment for your electricity.

The recent push for community solar in Illinois is the result of several statewide goals and policies. Here, we will outline the legislature that has brought forth the possibility and success of shared solar in IL.

In 2016, Illinois passed the Future Energy Jobs At (FEJA), which was the state’s first major pivot into the supportive development of clean energy resources. FEJA has been designed to support the rapid adoption of solar and wind energy in the state of Illinois by installing thousands of megawatts of capacity in the residential, commercial, and community solar sectors. Both of these energies can be seen working alongside one another in the state in the image below. 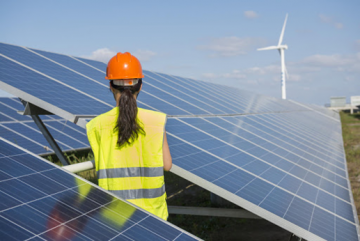 Illinois’ Future Energy Jobs Act has been lauded as one of the nation’s most significant footsteps towards combating carbon emissions while creating jobs and lowering the cost of electricity for low and medium-income communities.

The Future Energy Jobs Act was also the state’s first step towards community solar, with the establishment of virtual net metering. Here, consumers can acquire bill credits from remote power generations towards their current utility bill. In the act, the state protects consumers by requiring the Illinois Commerce Commission and Illinois Power Agency to sign off on all community solar contracts.

Lastly, community solar’s recent popularity is largely thanks to Illinois’s Renewable Portfolio Standard (RPS) that has set the goal for the state to produce energy from 100% renewable resources.

The RPS was passed in late 2019 and has set a deadline for the state to reach its first 25% renewable electricity installed capacity level by 2025. Of course, Illinois has a long way to go, as the state currently only produces roughly 10% of its energy from renewable resources, which is much lower than the RPS’s goal of 16% in 2020.

When people think of Illinois, rarely do they picture bright sunny skies suitable for producing lots of solar energy. This is valid, as Illinois ranks in the bottom 10 states in terms of solar power potential.

Even with this being said, today’s solar technology is efficient and affordable enough to still benefit many home and business owners. In fact, many industry analysts are expecting the Illinois solar energy industry to continue to boom for at least the next 5 years.

In this graph, Illinois is projected to experience the 10th largest growth rate in the country over the next 3 years. With that in mind, Illinois’ national solar ranking is expected to continuously get better. While the SEIA ranked Illinois as the 35th best state for solar in the country in 2017, this is likely to increase thanks to added capacity in the residential, commercial, and utility sectors.

In terms of strictly community solar, Illinois is actually one of the best-ranked states in the country. Although the capacity is still not yet the size of many other states’ (such as Minnesota, California, and Colorado), Illinois policies and plans landed them a “B” grade for community solar programs by the Interstate Renewable Energy Council (IREC). The IREC only gave out two “A” grades, and Illinois is in good company at the “B” level with virtual net metering states such as Massachusetts and Maine.

After years of policy and paperwork, Illinois is now launching some of its first up-and-running solar programs. Both instate programs and out of state companies are quickly jumping on the opportunity of new sustainable development in Illinois infrastructure.

In 2020, there are currently about 25 community solar projects under development in Illinois. Some of these projects are accepting subscribers, while others have not begun or are no longer looking for additional applicants.

We hope that this article helped give you a better idea of the way community solar works in the state of Illinois. To conclude this guide, here are a few of the most frequently asked questions about shared solar farms in IL.

Does community solar save you money in Illinois?

In general, yes, community solar gardens are designed to save money on the cost of electricity for residents in Illinois. While there are some programs that may cost customers more than average utility prices to adopt clean energy resources, most subscriptions come at a lower rate than current eclectic bills for both residential and commercial utility electricity.

Does solar make sense in Illinois?

Yes, despite the state’s low sun-levels, installing solar panels makes sense to save money on the electrical cost of a property for many homeowners and businesses. Today, community solar programs also allow solar to make sense for renters or people that own apartments, condos, or homes in areas with strict HOA policies.