Shortly after Westchester, NY revealed its first community solar project, Ulster County announced it would be working with PowerMarket to bring new community solar options to its residents. A leader in managing community solar facilities, PowerMarket has worked on numerous projects that sparked interest in the New York county. Any installations used by PowerMarket for the residents of Ulster will fall under the county’s Solarize Ulster program. The large-scale effort intends to deliver low-cost, clean energy to homeowners, small businesses, and tenants throughout the county.

Counties throughout New York have instituted plans to reach 100% renewable energy within a specific timeframe. These goals align with Governor Andrew Cuomo’s plan to drastically reduce the state’s carbon emissions by 2030, with a 100% net-zero carbon goal set in place two decades later. Solarize Ulster set similar goals to power the town with 100% clean energy by 2040.

According to Ulster County Department of the Environment Deputy Director Nick Hvozda, the campaign allows residents to play an active role in the reduction of carbon emissions. New community solar options put the power in the homeowner’s hands to help their environment while saving money on their monthly utility bills. Hvozda noted that the county has already subscribed several of its government accounts to existing community solar facilities but is looking to expand the reach of PowerMarket’s existing community solar projects to the residents and businesses of the county’s towns.

Before this initiative, homeowners could only rely on private solar panels to reduce their energy bills. Private panels posed to be out of reach for low- to middle-income households and required enough space for the construction of solar panels. Without a rooftop or yard that can house private panels, homeowners were limited on other options for reducing their utility bills. With these new community solar options from PowerMarket, residents of Ulster County will be able to participate in the sustainable option regardless of their home. The option even extends to tenants renting properties throughout the county and small businesses.

PowerMarket’s Operations Director Danielle Burns commented on the partnership with the county to bring residents solar energy, stating that the development of community solar in counties like Ulster helps create “more resilient communities.” Burns reiterated the company’s desire to help Ulster County residents, stating that the expansion of its clean energy is “what [they] do best.”

The new community solar options from PowerMarket won’t be new constructions. The leader in community solar management will be working with projects in NYSEG and Central Hudson service territories. Once the program is in effect, homeowners will be able to choose from a selection of installations within the service area. After choosing a facility to work with, prospective customers will work with PowerMarket’s online marketplace to complete registration. By joining the program, subscribers will a no-cost subscription and will have the option to cancel their participation with no penalties or hidden fees.

Subscribing to PowerMarket’s community solar options means subscribing to a unit of energy. This unit results in a credit that offsets the cost of the general utility bill by approximately 10%. The cost savings is a benefit offered for utilizing clean energy, which has a positive impact on the local ecology and environment.

Ulster County’s Solarize Ulster program is actively seeking participants to join PowerMarket’s marketplace. Interested parties should visit the marketplace and sign up through the simple online form. Accepted subscriptions will start saving immediately once the new community solar options start generating clean, renewable energy. The marketplace is a user-friendly integration that lays out the different programs overseen by PowerMarket. When hopeful subscribers sign-on, they can immediately see which programs are available, which utility provider they work with, what discount they will receive, and how many spots are available.

Neither PowerMarket nor Ulster County revealed the size of the potential community solar options, but even low-megawatt capacity facilities have the ability to reduce carbon emissions significantly, often the equivalent of removing hundreds of vehicles from New York’s roadways. For an idea of what the facilities may produce, you can look at the Medusa, NY facility in Central Hudson, which sports a 2,801-kilowatt output. According to PowerMarket’s marketplace, that’s enough to offset more than 2.6 million pounds of coal each year. A larger, 5,544-kilowatt project in New Windsor offset enough CO2 to equal over 7,000 new trees planted. The marketplace even breaks down how the billing process works, so there is no confusion moving forward.

Ulster County works with three community solar management companies to deliver clean, renewable energy to its residents. Though generating revenue for the municipalities is a possibility through community solar, the county’s primary focus is reducing its environmental impact and creating a clean, livable environment for the future. PowerMarket shares this sentiment, which is why it’s offering $100 to the Green New Deal fund for every subscriber that joins one of its community solar facilities. 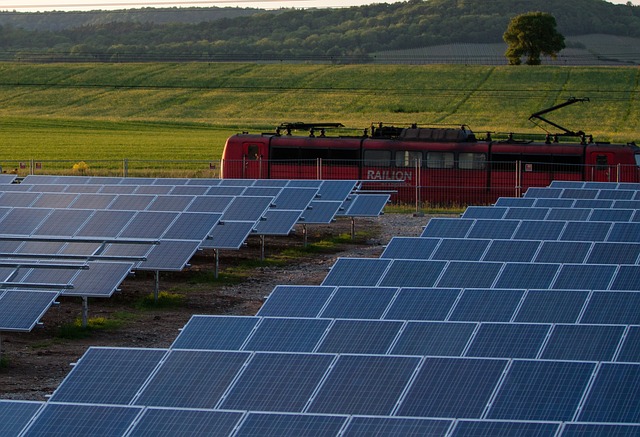