The Bennett Solar application for a new community solar farm received approval from the Marbletown Planning Board despite negative responses. According to Chairman Dan Proctor, the announcement of a proposed community solar facility was contentious, with residents and neighbors reverting to nasty arguments and physical threats.

The Bennett Solar application was not a favored one among the community within Marbletown. Reports of vandalism at the applicant’s home were received shortly after approval. Among the more vile responses, some community members voiced their concern in a constructive matter, stating that the community solar farm would hurt the nearby historic district. In response, the board stated it couldn’t deny the project if it meets the town’s standards.

Board member Max Stratton commented on the concern for the district, stating that construction of the community solar facility will be done responsibly. Stratton points out that the continued use of fossil fuels will also play an active role in destroying the historic district.

When the project was first unveiled in March 2020, Bennett Solar explained that the community solar farm would be capable of providing 300 homes with renewable energy. For anyone that may subscribe to the completed project, the solar developer would provide a 10% credit on their monthly utility bill. Should the project be constructed, Bennett Solar assures it will help Marbletown reach its net-zero carbon emissions goal.

According to Vice Chairman Parris Perry, Bennett Solar agreed to reduce the farm’s acreage and the total solar panels slated for construction at 170 Bripplebush Road in Stone Ridge. Additionally, Bennett Solar agreed to swap out the current utility poles with ground-mounted pads and hidden wires to reduce the farm’s visual impact. The facility will also include pollinator plants, which will attract butterflies and bees to the area.

Further changes include the use of an existing driveway after locals complained about what was meant to be a new entrance, and evergreens will be added as needed to block the view from the public.

Despite these promised alterations, there is still opposition from the community as the project nears the start of construction. 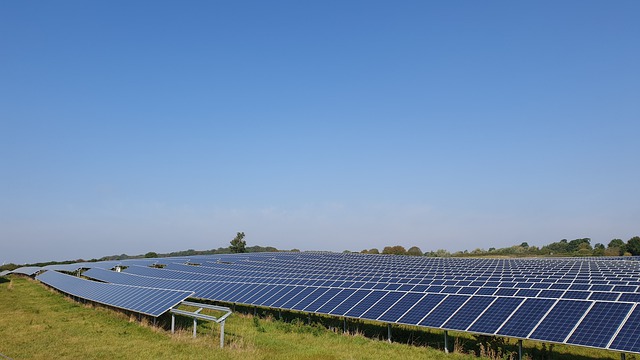