Solar Landscape developed the facilities to generate 2.9-million kilowatt-hours of power every year or the equivalent of power for just over 350 homes. Each year that they are operational, the community solar projects will offset 2,000 metric tons of carbon emissions, a considerable figure that will work toward the state’s push for sustainability. At the time of operation, Solar Landscape confirmed that more than 50% of the power produced at the two facilities will be reserved for low- to middle-income residents.

Providing relief to households facing persistent economic issues is a major draw for community solar projects. Homeowners are offered a chance to subscribe to one of the two facilities, depending on their region. Their subscription will come with monthly cost-saving credits and no commitment to anyone looking to participate. The two community solar projects will cater to homeowners in need of relief from high-cost electricity. By subscribing, homeowners and small businesses receive a small credit that can offset the cost of utility bills.

When a homeowner wishes to participate, there are no hidden fees and no contract to sign. They are free to leave the program as they wish with no penalty, save for the return to their original electricity rates.

One of the biggest and best differences between the community solar projects is that nobody participating in the program is required to install private solar panels. Unlike private solar generation, community solar is generated through an external facility that is connected to the local grid. Participants of the program subscribe to a unit of energy at the facility, which, in turn, results in a credit applied to their monthly utility bill. In this case, the utility is PSE&G, which provides enrollment to both homeowners and renters.

Former Pennsauken Mayor Betsy McBride commented on the completion of the community solar projects, praising them and the efforts of the state’s community solar program. McBride noted she was part of the Energy Master Plan produced by Governor Murphy and was a proponent for the development of clean energy facilities. As she states, the expansion of community solar leads to more universal savings and a cleaner environment.

Solar Landscape first made headlines in New Jersey when it energized the first of its community solar projects. This was located at HIgh Stree in Perth Amboy. A ribbon-cutting was held in January 2020 and attended by Solar Landscape representatives, Governor Phil Murphy, the state’s Board of Public Utilities President Congressman Frank Pallone, and Yvonne Lopez and Craig Coughlin, the state’s assemblywoman and assemblyman. Estimates from the Board of Public Utilities state that this first project was responsible for bringing 50 permanent jobs to New Jersey.

The Perth Amboy and these two community solar projects are only the start for Solar Landscape. Since activating the Perth Amboy facility, the solar developer announced it had finished construction on an installation in Wood Ridge, Edison, and North Bergen. Its current portfolio of community solar projects totals more than 17-megawatts of energy, and it’s only in the first year of the Board of Public Utilities Community Solar Energy Pilot Program. Overseen by the state’s Clean Energy Program, the Community Solar Energy Program was designed to bring more solar opportunities to homeowners throughout the state. The goal is to switch as much of the community over to solar as possible in an effort to reduce total carbon emissions to net-zero quantities. As part of these programs, homeowners will benefit from clean energy and reduce energy bills.

The New Jersey Board of Public Utilities is continuing to seek possible projects to approve for development across the state. As of the beginning of April, it has received more than 410 applications that will be considered for the second year of its Community Solar Energy Pilot Program. Among those applications was Solar Landscape. In total, the applications represent just over 800-megawatts of clean energy capacity.

To qualify, applications for community solar projects must score at least 50 points assigned by the Board of Public Utilities. Those that fall short won’t be able to develop their solar sites. Those that do meet the 50-point minimum will be considered for the state’s Pilot Program. They will be allowed some capacity, assigned to the highest-scoring project and ending with the lowest-scoring.

Solar Landscape has ongoing registration for its current community solar projects. Interested parties, including homeowners, tenants, and small businesses, can find out more information from the company’s official website.

Along with its New Jersey community solar projects, Solar Landscape is responsible for the development of more than 100-megawatts of clean energy across the Northeast. As a leader in clean, renewable energy, Solar Landscape also offers specialized job training programs to ensure those working on the new developments are equipped with the necessary knowledge and skills. As its portfolio stands, once all projects are completed, Solar Landscape will be responsible for powering approximately 3,000 homes throughout the state of New Jersey for the next 20 years. Future projects include Middlesex County, Passaic County, Hudson Coutny, and Essex County.

The state’s Board of Public Utilities is responsible for issuing regulations to promote equitable use of utility services for all within the state. 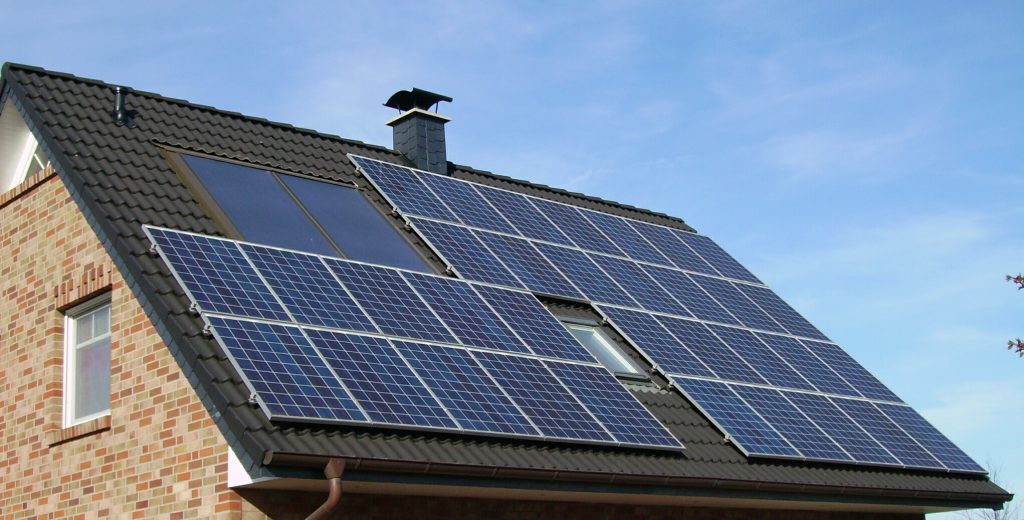 Community Solar The Blue Army Shrine in Franklin is the site of an upcoming New Jersey community solar project. After…
Read More
Go To All Articels