The Washington, D.C.-based community solar coalition, the Coalition for Community Solar Access, is launching a new program to advocate for more accessible clean, renewable energy options. The coalition hopes to expand affordable energy to residents across the United States by focusing on renewable energy production. It’s also hoping to pressure local and federal governments to push for the development of a decentralized system to distribute energy.

According to Jeff Cramer, the coalition’s executive director, this movement stemmed from a lack of sources touting solar and clean energy resources. He outlines the Coalition for Community Solar Access goals, stating that it exists to work with policymakers and regulators to emphasize the benefits of renewable resources and show support for a cost-effective modernized grid.

Though its primary goal is to expand current clean-energy options across the United States, the community solar coalition laid out additional benefits, including reduced energy bills for homeowners and businesses that subscribe to community solar and job creation during the construction and maintenance of new installations. The coalition also hopes to provide farmers with land lease options to increase their revenue, reduce the cost of grids by expanding the number of available local solar sites, and provide more opportunities for consumers to participate in solar programs.

Among the businesses taking part in the community solar coalition is Vote Solar. Its managing director of access and equity, Melanie Santiago-Mosier, spoke on the plans laid out by the coalition and solidified that lower-income families are in dire need of energy reform. According to Santiago-Mosier, low-income families could benefit from community solar programs through a monthly utility credit.

The coalition is also pushing for more rooftop solar options, which will also help families and businesses with their monthly bills. Sunrun senior director of public policy, Evan Dube, points to the COVID-19 pandemic as a major factor in some of the United States’ economic troubles. Dube states that local energy installations have a proven track record of increasing jobs and generating investments. 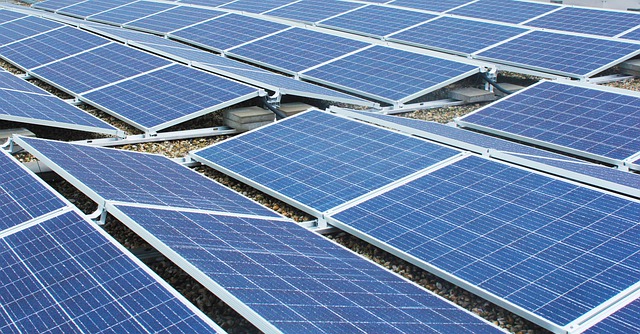