California-based RE-volv recently announced a $10 million community solar grants investment opportunity to help improve access to solar for nonprofits. RE-volve hopes to target organizations that serve low-income communities to reduce the solar inequality across the nation. As part of the White House National Community Solar Partnership, RE-volv is a vocal proponent for community solar and has been a key player in ensuring underserved communities receive the reduced-cost energy they need. The community solar grants opportunity that it recently launched will target nonprofits that provide a service to the community, including food banks and community centers.

At the time of the announcement, RE-volv had already secured $275,000 community solar grants. These three donations came from national donor-advised funds managed by CapShift, a firm that deals strictly with recoverable grants. Though it may seem like a small amount compared to the $10 million opportunity offered by RE-volv, the $275,000 is a considerable start toward planning the development of solar facilities that will benefit the community.

According to RE-volv, the community solar grants are expected to double over the next year, which will increase its current solar capacity for nonprofits to an additional 3-megawatts. Based on the current rates, the increase, which is expected to come within the next 18 months, could save nonprofits upwards of $20 million on their monthly utility bills over the lifespan of the project. These savings could help affordable housing projects, food banks, shelters, and other community-serving nonprofits improve their resources to better help the community that they impact.

Andreas Karelas, RE-volv’s founder and executive director, states that there has been a lack of capital to fully serve the nonprofits that the organization hopes to help. The primary goal is to increase the reach of solar energy, and, Karelas confirms, the community solar grants investment opportunity is the best way to secure the necessary funding. As she says in her statement, it will “transform the energy landscape.”

Recoverable grants aren’t a new concept, but they aren’t quite prevalent in the community solar industry. With these community solar grants, donors provide funding to RE-volv in exchange for the ability to recoup their money plus a minimal return. To make any money off of the recoverable grant, milestones must be met along the way. With each milestone, the funding received by RE-volv can move on to another cause to serve other communities and needs. These grants also allow for Donor Advised Funds, which are typically only provided by larger companies.

The process of recoverable community solar grants starts with the investment from a company or investor. The money is then used to develop a solar facility that will specifically serve nonprofit organizations who, in turn, will use their savings to better help the community. In exchange for solar energy, Re-volv receives payment from the nonprofit, usually at a rate of 15% lower than their standard electricity rate. Through this process, RE-volv makes a small return, which it turns over to the foundation that originally donated. That foundation can then re-gift the grant to other projects in the future. Though it may sound like a complex process, the point of it is one worth putting in the extra effort for. These developments are primed to have a positive impact on not just the local community, but also the environment. The more businesses and nonprofits rely on solar energy, the less carbon emissions they will produce over the span of operations.

RE-volv has had a slow start to its growth, but saw a considerable increase since 2019. From 2011 to 2019, the organization sunk $1 million into approximately 400-kilowatts of solar energy. This served 28 different community-serving nonprofits across the United States. Then, in 2019 alone, Trisolaris, LLC committed $10 million to RE-volv. The organization quickly boosted its solar offerings by adding 45 projects to total 3.3-megawatts of solar power. These are expected to go online by the start of 2022.

RE-volv is dedicated to bringing solar energy to communities across the United States. Founded in California, the organization created a Solar Ambassador Program to train college students and volunteers on how to work with nonprofits to help them save money by reducing their energy costs. The training program focuses on solar development and the benefits of solar energy for nonprofits. RE-volv has the support of the U.S. Department of Energy SunShot Initiative and has taken ample steps to provide cost-saving solar energy to nonprofits throughout the united states, including houses of worship and schools.

For its current community solar grants, RE-vovl is working with CapShift. The hope is that it can scale the program to ultimately meet growing demand for renewable energy throughout the nonprofit sector. To best explain its efforts in the community solar industry, RE-volv will host a webinar on May 4th. With a CapShift advisor on the panel, RE-vovl will discuss its “Solar For All” community solar grants investment opportunity. For registration information, visit the official event page on Eventbrite.

CapShift, LLC, works with philanthropic organizations and helps secure investments for changes that benefit communities and the environment. CapShift works to unlock private and nonprofit funds in a global effort to improve the quality of life for regions facing economic downturn and heavy pollution.

RE-volv has yet to release any additional information regarding the community solar grants and how the funding will be divided once it is secured. More information is likely to come either at its May 4th webinar or preceding it. 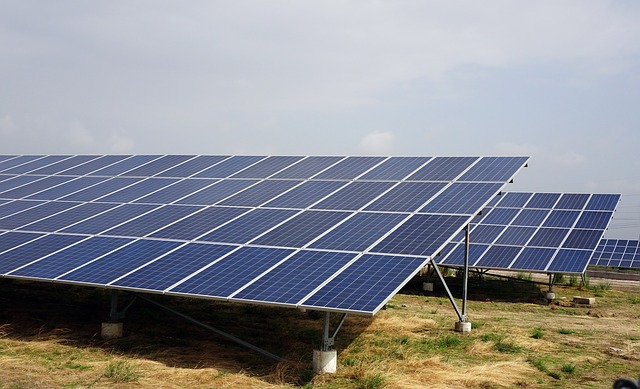